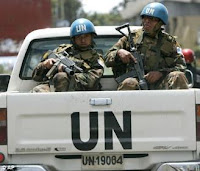 Delegates from around the world will converge on Port-au-Prince May 31 to take part in a two-day Continental Conference aimed at bringing an end to the United Nations Mission to Stabilize Haiti or MINUSTAH, which marks its ninth anniversary on Jun. 1.
The military occupation force, which now comprises about 9,000 armed soldiers and police officers from some 50 countries and costs some $850 million per year, was deployed by the UN Security Council at the behest of permanent members U.S. and France following the Feb. 29, 2004 coup d’état (which Washington and Paris fomented) against former Haitian President Jean-Bertrand Aristide. At the time, the world public was told that the mission would be deployed for only six months, time enough to hold new elections. Instead, MINUSTAH is now entering its 10th year. Its latest one-year mandate ends Oct. 15, 2013.'

For the full story click here.
Posted by Tom Arsenault at 3:29 PM No comments:

Up Your Impact On June 12th 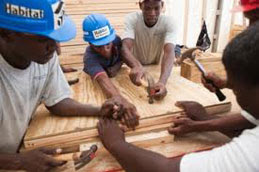 ASAP's new Tools for Empowerment for Artisans in Haiti is now featured on the Global Giving website. Click here to view the project. Your donation to kick-start this project will go even further on June 12. Beginning a 9:00 am EDT, Global Giving will match your donations 50%. Please mark your calenders. Help even more families become self-reliant by donating on June 12th. Click here to learn more.
Posted by Elizabeth at 11:16 AM No comments: