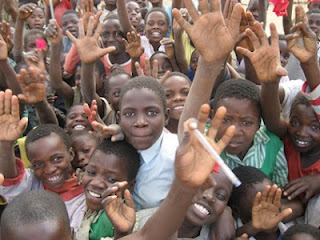 As Ross Mountain, of Development Assistance Research Associates stated at the recent Dubai International Humanitarian Aid & Development Conference & Exhibition, “Without investments early on, youth remain trapped in situations of poverty and dependency, and are easily co-opted into criminality, social conflict, and patterns of inter-generational violence.”

The education and development needs of these children must be given the highest priority and their role in development reexamined as vulnerable countries face increasing food prices, urbanization, migration, the impact of climate change and population growth. To read more click here.
Posted by Elizabeth at 2:36 PM No comments:

Thanks to the Meriwether County Rotary Club

ASAP is proud that the The Meriwether County Rotary Club has chosen to contribute to our work to cultivate self-reliance again this year. We enjoyed sharing a little bit about our work with the club and look forward to staying in contact with the delightful members that welcomed us so warmly and made us feel at home. Pictured here are ASAP's Executive Director, Elizabeth Bara, Rotary President Jon Hale and President elect Aaron Mabon. The support of the Rotary means so much. 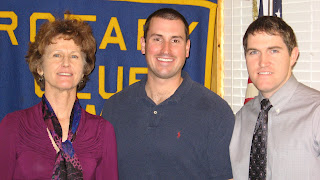 Posted by Elizabeth at 8:29 AM No comments: