The Times They are a Changin' 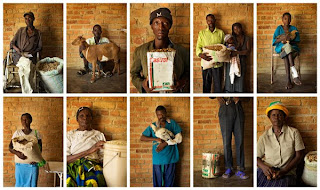 Not long ago, Zimbabwe was the breadbasket of Africa. Recently, the United Nations found Zimbabweans to be among the world’s poorest people, often making mere survival an all-consuming task.
To read more, click here.

Mr. Mugabe, who turned 87 on Monday, and his Zanu PF party have ruled Zimbabwe single-handedly from 1980 until 2009, when regional leaders pressured him into forming a power-sharing government with his longtime political rival, Morgan Tsvangirai. Today, as the world watches the tidal wave of change sweeping Egypt, Tunisia, Bahrain and now Libya, a Zanu PF official is quoted as warning “Don’t attempt this, it can’t be done here.” To read more click here.

ASAP Africa has remained committed to empowering families to withstand all sorts of disasters, natural and man-made, since 1994. Your support is appreciated and is needed now more than ever.
Posted by Elizabeth at 10:43 AM No comments: 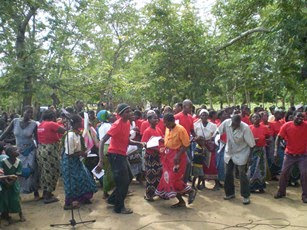 by Victor Katchika-Jere
A sight that is becoming traditional to any person who knows about the activities of A Self-help Assistance Program (ASAP) Africa Malawi, yet a sight that one fails to get used to: men and especially women dancing and singing, or smiling broadly for the whole day in a community where there is little to smile let alone laugh about.
Business was brought to a standstill at Feremu area in traditional authority Mlauli in Neno district on Friday, February 11, 2011 as all roads led to Chimbamira primary school grounds where ninety-four VS&L members from ten groups shared among themselves MK 1,300,000 after nine months of disciplined savings mobilization.
“We were very skeptical when we first heard what ASAP Africa Malawi staff was touting as a very beneficial project,” Group Village Headman Feremu recounted his and his subjects’ first reaction to the introduction of the CCP in the area. “But now, we are fully convinced that no better project could have been introduced in my area! Who had the slightest idea that my subjects would be able to save such a whooping sum of money in less than a year?”
The District Commissioner for Neno District Council, Mr Lawford Palani was lost for words. “After everything is said and done I would like to assure ASAP Africa Malawi management that I am their number one fan!” he exclaimed amid applause from the guests and ululation from the women who graced the occasion. Among these were the traditional authority (T/A) Mlauli, Group Village Heads and Village Heads. He then appealed to ASAP Africa Malawi management to expand the CCP project to more areas within the district
Ten groups comprising seventy-eight women and sixteen men shared out MK1, 300, 000 after running their VSL activities since June 2010.
“It is always pleasing and encouraging to see women and men celebrating their achievement with such pomp and style as evidenced here,” the Country Director for ASAP Africa Malawi, Mr Victor Katchika-Jere, said. “This is a demonstration that given the much-needed skills communities can develop confidence that can lead to self-reliance.” He continued: “We appreciate the goodwill the DC and the TA have shown towards ASAP Africa Malawi by gracing this occasion, and also for permitting us to work in this area where there is no other NGO.”
ASAP Africa Malawi currently works in the areas of Group Village Headmen Feremu and Nsalawatha but is fast expanding to other areas of Neno District. The event featured in the main news bulletins on two radio stations with national coverage.
Posted by Elizabeth at 2:27 PM No comments: 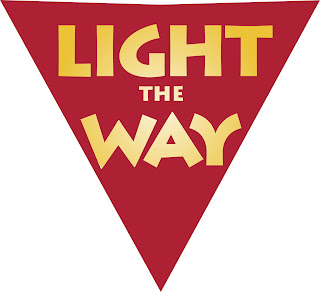 A team of four software development students, Charles Chen, Charles Naut, Derek Czajka and Sophia Westwood, from Stanford University will be making improvements on ASAP's website as part of the annual Stanford Hackathon this week-end. The talents of these students will help launch ASAP's new Light the Way campaign, making web site additions and improvements for 24 hours. To read more about the other Hackathon projects click here.
Posted by Elizabeth at 1:14 PM No comments:

Food Insecurity On the Rise in Zimbabwe 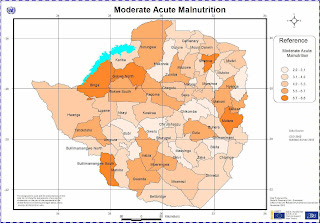 The map above shows the prevalence of malnutrition in Zimbabwe in 2003. ASAP Africa works in the Eastern Nyanga and Chimanimani region, both areas on concern during the 2011 "lean season" between now and March. According to the FEWSNET - The Famine Early Warning System and Network - acute malnutrition may also be a problem. The fact that these historically very productive agriculture regions are now at-risk is a grave concern. To read more click here.

ASAP works to help families in Malawi and Zimbabwe increase household food security through Village Savings and Lending rural micro-finance activities along with agriculture skills training such as conservation farming techniques.
Posted by Elizabeth at 1:42 PM No comments: